Complete Walk Through of eCommerce Evolution and its History 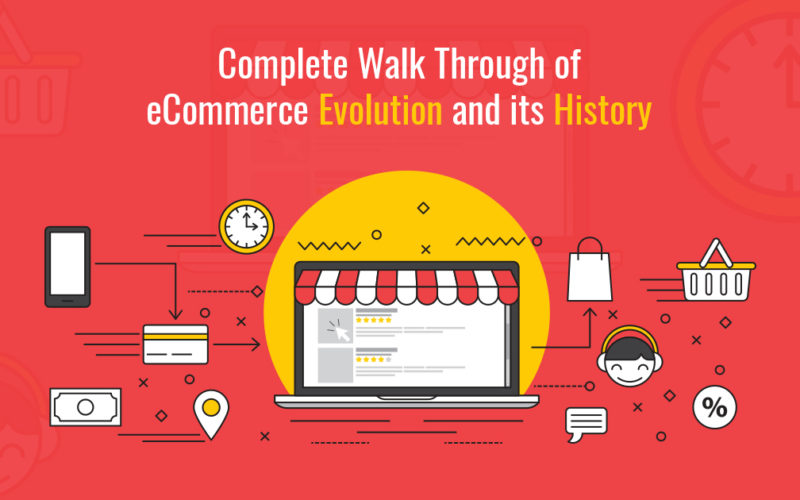 Now eCommerce is that much important in our daily life as without eCommerce the world around the internet is impossible to imagine. eCommerce is also known as internet commerce that refers to the purchasing and trading of goods or services by the use of the internet. Many times it is used to refer to the sale of solid items online, but it can also be used to provide any kind of commercial transaction through the internet.

From small, medium and large enterprises, all are benefitted from eCommerce, it enables them to buy and sell products or services online. In today’s world of fast pace, no one wants to roam around the street in order to purchase items, people want to shop from their own homes or workplaces that make eCommerce a flexible and scalable solution for the buyers and the enterprises.

The history of eCommerce backdates more than you might believe. Firstly it was introduced about 40 years ago in its primitive form. Since then, electronic commerce has helped innumerable enterprises grow with the help of the latest technologies, improvements in internet connectivity and widespread consumer and business adoption. One of the first eCommerce transactions was made back in 1982, and today it is growing by as much as 23% year over year.

There are some figures which will tell you the massive increment of the businesses over the past years. In 1992, book stacks unlimited was launched as one of the first online marketplaces for books, in 1995 the launch of the most wonderful online websites i.e. Amazon and eBay was done. And after that till now there are innumerable inventions done by eCommerce.

History of eCommerce is inconceivable without Amazon and eBay which were among the first Internet companies that allowed electronic transactions. Thanks to their founders we now have a wonderful eCommerce sector that lets us enjoy the incredible buying and selling advantages of the Internet. Amazon, Dell, Staples, Office Depot and Hewlett Packard are the 5 largest and most famous worldwide Internet retailers. Based on research the most popular categories of products sold are music, books, computers, and many other consumer electronics.

A big thanks to these two companies because of that eCommerce merchants enjoy a highly specialized market, and users can get almost everything online. E-commerce is also a smart choice for entrepreneurs because now it doesn’t require any comprehensive technical skills to launch an online store. According to Big Commerce, the average cost to build an online store in 1999 was about $100,000 — and that didn’t include purchasing inventory, warehouse space or shipping logistics. Today, startup costs can be as low as $30 and stores can launch on a weekend, the same article notes. However, it’s always worth to start your own eCommerce Business online.

eCommerce has made its powerful mark around the globe from the past several years and continued increasing over the past few years, and it will not going to stop anytime soon. eCommerce sales were responsible for $2.3 trillion worldwide in 2017, and there are very high expectations that it is nearly going to be doubled by 2021. And the projected global sales for 2020 comes out to a predicted $3.9 trillion.

It’s not just that only Amazon can do everything or merchants cannot do well without amazon. After experiencing the major challenges of the business world the merchants got to know that there were many things they couldn’t do with Amazon that includes making an unforgettable brand experience and obtaining customers for life. However, Amazon has led by example in several ways such as innovation and customer experience.

Both online and offline merchants always try to figure out the requirement and needs of the shoppers. Do they always try to figure out what they want? For online merchants, the main objective is to find out the location where they can get an appropriate advantage from building and material stores. For example, the latest online product anticipators can showcase several products of real-life situations or at home.

So this was the whole journey of eCommerce that is started from the evolution to its history and what eCommerce has to offer in the upcoming future? eCommerce provides an appropriate competitive advantage to both the sellers and buyers. In the year 2017, Instagram shopping was launched as a global eCommerce platform. Also, the eCommerce has set many records and the percentage was also increased after the cyber Monday came into the picture. The present scenario of eCommerce is supremely overwhelming and thousands of people are launching their online stores and it is expected to grow tremendously in the following upcoming years.

Today, many CMS’s are available in the market that allows you to build your own eCommerce store online such as Magento, Shopify, and WooCommerce. However, we always advise our customers to choose Magento as their eCommerce CMS so they never to regret their pick.

Recommended: Why Magento is 10x better than WooCommerce? In depth Comparison

As Magento is one of the powerful and featured pack CMS that comes with tones of features preloaded. Also, it’s quite easy to add or remove functionalities or third party services with the help of its thousands of Magento Extensions. Whether you have few products or thousands of products, Magento will never fail in terms of its performance and scalability. So, even if you are a newbie it’s not so hard too, you can consult an eCommerce Expert who will help you to develop store from the scratch or hire a developer to fulfill your business needs. 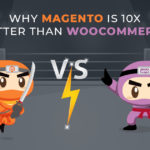 Why Magento is 10x better than WooCommerce? In depth Comparison 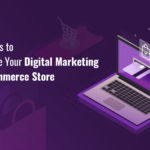